After many happy years, I have upgraded my Canon 5D Mark II for a Canon 5DS. Last weekend was my first chance to get out and the new 5DS. I had planned a few more shoot but bad weather intervened.

So what's it like? Layout wise, it's much the same as my 5D Mark II, except with some updates to the controls and display (similar to my 1Dx). It also feels solid and comfortable in the hands, as one would expect from a high end Canon DSLR. To test it, I headed out to Shorncliffe Pier with a stack of Lee neutral density filters and a Canon 16-35mm f/4.0L IS USM lens.

I shot around 30 frames. Most of the frames were long exposures taken from a tripod while a few were handheld. Having processed and printed those images, I am impressed. The 50.6 megapixel sensor just draws in detail, enabling you to produce beautiful prints. The downside is all that detail requires your focus to be spot on. First impressions are that if you miss the correct focal point by even a tiny fraction, you will know about it in the final frame. 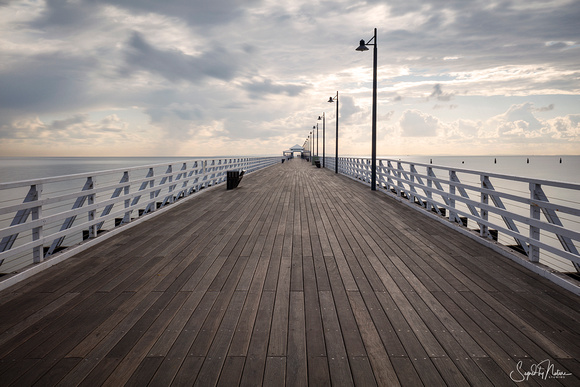 I look forward to getting out some more with this camera. It is the cheaper version when compared to the 5DSr, lacking a low pass optical filter, but so far, I am not disappointed (nor can I tell where that low filter would come into play). It feels great in the hands and produces beautiful results. With all the talk of mirrorless camera systems, some would call the 5DS old technology, but it reality, it's still a camera and it can still produce the same if not better results as the latest mirrorless systems. 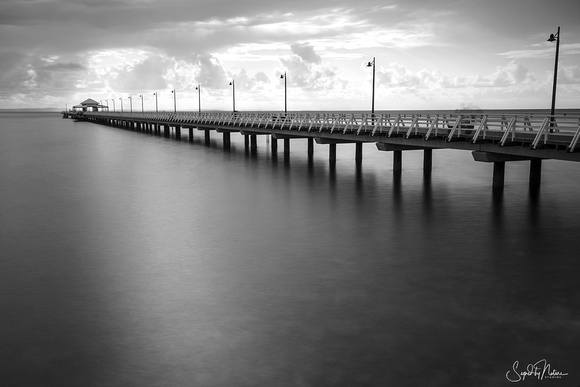 In combination with a Lee Big Stopper neutral density filter.

So who would want a 5DS? This camera is targeted at high end portrait shooters and discerning landscape artists. It doesn't have the same high end ISO performance as my 1Dx, but I am keen to test it out during a wildlife shoot, as I'd love to get detailed portraits of birds and mammals.

On a final note, if you are thinking about upgrading to medium format camera like the 5DS, start thinking seriously about printing your images. It would be waste to have a camera like this and to not print. More to come!