February has arrived and I have yet to post an update on my December trip across New Zealand’s South Island. So, probably about time that I wrote something.

New Zealand is a fantastic country and a landscape and wildlife photographer’s dream. It is a microcosm of the world, all crammed into a series of islands set in the southern oceans of the South Pacific. So here’s a quick two part overview of twelve days across New Zealand’s South Island from a photographer’s perspective.

Day One to Two – Lake Tekapo

My first stop in New Zealand was the shortest and spent at Lake Tekapo. Surrounded by mountains and set against a beautiful backdrop of a turquois lake, Tekapo is now famous for one man made landmark above any other, the Church of the Good Shepard.  Busloads of tourists arrive each day to take a picture within its grounds. Sadly, it seems the eager crowds have prompted the need to construct a fence around the church. My arrival was smack bang in the middle of the construction. High visibility fencing and construction equipment surrounding the church on all sides. Not quite what I imagined. 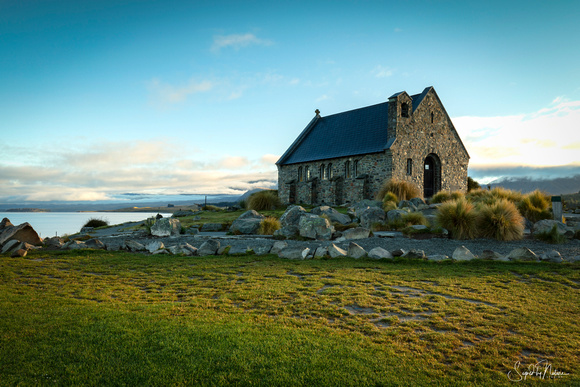 I attempted two separate shoots of the church, one in the evening and then another at first light. The evening shoot was in bad weather and rain. The morning shoot produced clear skies and beautiful lighting. My approach was fairly conventional and I relied on a combination of my 16-35mm f/4.0 lens combined with graduated neutral density filters and a circular polarizer to make the sky pop. The major disappointment is that the fence now prevents you from accessing the grounds of the church outside of opening hours, so I spent the morning sitting on the perimeter trying to find a position free of the construction equipment. From 9am the church grounds open and you can roam around, but this is well outside the golden hour in the New Zealand summer. It seems social media has brought a little bit too much fame to the Church of the Good Shephard.

The second leg of my journey saw me travel from Lake Tekapo to Wanaka. Like Tekapo, Wanaka is set in a valley against a backdrop of mountains and the equally scenic Lake Wanaka. Wanaka is a popular and growing, but fortunately it didn’t feel too busy. From a photographer’s point of view, there is plenty shoot in its vicinity. If you are feeling lazy, just follow the city’s list of the most photogenic locations. For the creatives, lace up the shoes and start exploring.

My recommendation is a trip up what must be one of the world's most scenic highways, the Haast Highway leading the west coast of New Zealand’s South Island. Twenty minutes out of Wanaka on the Haast Highway you’ll find it hard not to want to pull the car over every 5 minutes. To get the most of the landscapes on offer, make sure you explore, don’t just stop the car and shoot from the roadside. 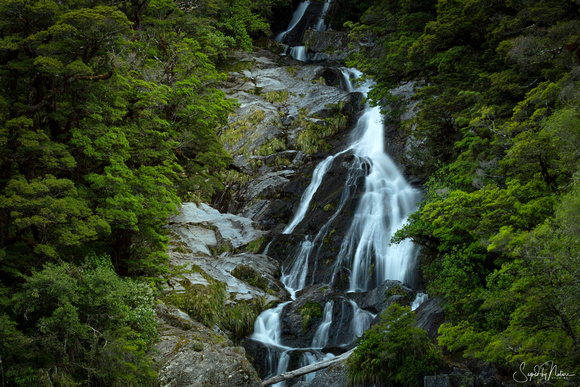 One of the many falls off the Haast Highway.

The landscape surrounding the Haast Highway is stunning. The challenge is to convert that beauty into the confines of a single frame (or a panorama stitch). This is where you have to simplify, build your composition and make use of the different colour palettes of the landscape. You will encounter streams, mountain vistas, rural farmland and ancient forest. To get the most out of it allow two or three days if you plan on travelling back and forth from Wanaka. During summer, New Zealand’s days are long, with the sun rising early and not setting until 10pm. So use the middle of day to scout locations and come back to them during the golden hour. If not, you will struggle to control the contrast, particular during New Zealand long, bright summer days. I thoroughly enjoyed the highway and  yet I only got to see a small portion of it. I would love to go back and travel further up the remote west coast.

Let’s admit it, no photographer can go to Wanaka without visiting ‘That Tree’. Set against a stunning mountain backdrop, the solitary Wanaka Tree has to be one of the most photographed trees in the world. On two separate shoots, I had no less than half dozen photographers set up around me, everyone vying for the perfect shot of Wanaka’s most famous natural landmark. 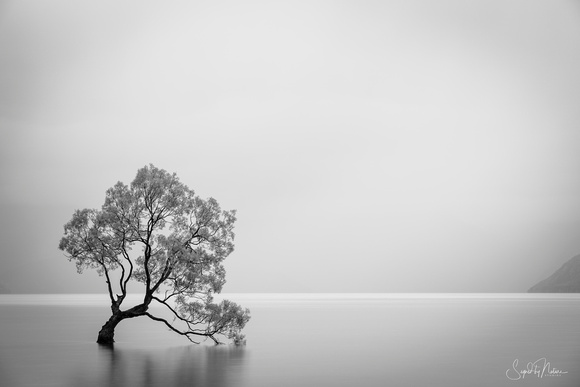 So that’s a quick overview of the first leg. Stay tuned for part two …